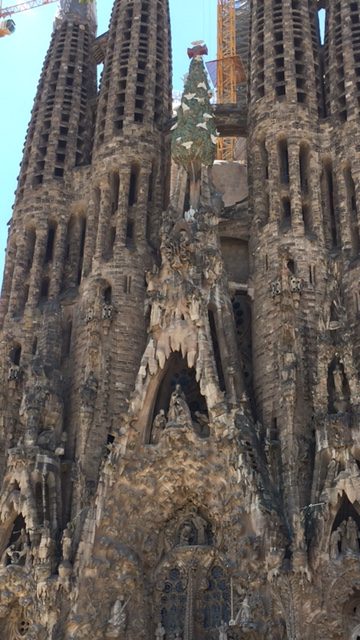 Ed arrived in Barcelona in advance of INTA’s annual meeting to take one-on-one meetings with various attorneys from around the globe. He also had the opportunity to do a little sightseeing.

One sight Ed took in was the Gaudi-designed Sagrada Familia. Antoni Gaudi, one of Spain’s best-known architects, worked on designing Sagrada Familia for 43 years, from 1883 until his death in 1946. However, construction on the temple began earlier, in 1866 and remains ongoing, with an expected end date of 2026. It has long been and remains one of Barcelona’s most popular tourist attractions.

After spending a few days on one-on-one meetings and a little bit of sightseeing, Ed was excited for INTA’s annual meeting to begin earlier this evening with the opening ceremonies, keynote address, and opening reception. He looks forward to attending INTA’s educational sessions and continuing to meet attorneys from around the globe this week. Stay tuned for more information on Ed’s time at INTA and contact us at (330)598-1799 or kimszabo@sissoniplaw.com if you are in Barecelona for INTA and would like to set up a meeting with Ed.