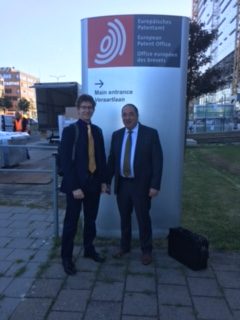 This revocation was the result of a lot of preparation and strategy of both opponents. The revocation underscores just how exacting the European Patent Office requirements are when amending the claims from the original application during prosecution and subsequent amendments, known as auxiliary requests, during the opposition. As United States attorneys, we need to draft our inventor’s claims with these requirements in mind if there is any plan on filing outside the US.

What’s next in this case? If the Patent Owner prevails at appeal, the case will return to the Opposition Division for further discussion of issues like novelty and inventive step.